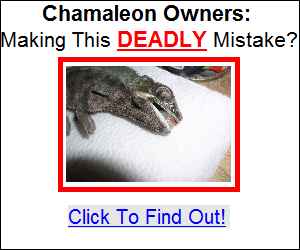 An ailing ankylosaur fell behind the herd, obviously in pain. Masses of roundworms in the stomach had obstructed the normal flow of food through the alimentary tract. Many of these ascarid worms had reached more than a foot in length, and were depositing millions of minute eggs that then passed out the partially blocked intestine in the stool. Cockroaches and other insects gathered to feed on the broken-down plant material in the feces and were accidentally ingesting the eggs. When they in turn were eaten by young dinosaurs, the infection cycle would be continued.

Along with the ascarid eggs in the stool were eggs of trematodes, a type of fluke that lived in the gall bladder of the dinosaur. Eggs of these parasites were washed by the rains into a nearby stream where they hatched into minute larvae that entered snails. The trematodes would have to undergo several additional developmental stages before finding their way back into a dinosaur.

A mosquito landed on the vulnerable underside of the ankylosaur and began taking blood and ingesting microscopic filarial nematodes that were circulating through the capillaries. These nematodes would pass through several stages in the insect before being ready to finish their life cycle in another dinosaur. Once inside a dinosaur, the filarial nematodes searched out specific tissues to commence growing, often reaching several feet in length. All of these worm parasites made life miserable for this and many other dinosaurs.

Parasitic worms, also known as helminths, are widespread in all vertebrate groups today. The eggs of these parasites have been recovered from prehistoric and fossilized coprolites of many animals, including dinosaurs.135 So we already know that dinosaurs harbored both stomach worms (ascarids) and trematodes in their gut. And if nematodes and trematodes were present in the Cretaceous, we can assume that tapeworms and spiny-headed worms were also there. What, then, was the effect of these parasites?

There are many groups of nematodes besides ascarids that had the potential to infect dinosaurs, including types that live in the alimentary tract, blood, and internal tissues.173242243 Those carried by arthropods have already been discussed under the specific vectors, but many others are passed on when a variety of different invertebrates are ingested.

Primitive lungworms (Rhabdiasidae) probably parasitized dinosaurs since they are widespread in lizards today. Species of Pneumonema reach their host by first burrowing into snails, then waiting until the mollusks are eaten by lizards such as blue tongues. Once free in the reptile's intestine, these roundworms burrow through the gut wall, enter the body cavity, and migrate into the lungs. Nematode populations can build up to the point where they block air passages and kill the hosts.173 Other nema-todes that possibly parasitized the small intestine of dinosaurs were various types of strongyle worms (Strongylidae). With huge mouths adapted to grasping the intestinal wall of snakes and lizards, ancestors of Kalicephalus would have been a prime candidate for infecting these giant reptiles (fig. 26). To reach a host, the parasites first penetrate into soft-bodied soil invertebrates, like snails or insect larvae, which are then eaten by snakes and lizards. Snails from Cretaceous amber (color plate 16A; fig. 27) may have been carrying the early stages of lungworms or strongyle worms (fig. 28).

Perhaps certain other strongyles caused "creeping disease" in dinosaurs, much as they do to crocodiles today. These nema-todes, whose full life cycle has not been discovered, end up in the integument of their reptilian hosts and form "trails" under the skin as they tunnel beneath the scales and deposit their eggs.242

Figure 26. Strongyle nematodes like this kalicephalid removed from a snake could have clung to the gut walls of dinosaurs with their huge mouths and pumped up host fluids with their muscular esophagus. To reach their reptilian hosts, these parasites penetrate into soft-bodied invertebrates, like snails or insect larvae.

Figure 26. Strongyle nematodes like this kalicephalid removed from a snake could have clung to the gut walls of dinosaurs with their huge mouths and pumped up host fluids with their muscular esophagus. To reach their reptilian hosts, these parasites penetrate into soft-bodied invertebrates, like snails or insect larvae.

Scores of spirurid nematodes are known to parasitize reptiles and birds. In order to reach feeding sites in the stomach of vertebrates, their eggs are eaten by dung- frequenting insects such as beetles and cockroaches.244-246 When these insects are consumed by a lizard, bird, or mammal, the worms leave their cysts (fig. 29) and establish themselves in the vertebrate's alimentary tract. Dinosaurs probably became infected in much the same way since cockroaches were plentiful back then. Heavy infections then subsequently contributed to an early death, such as occurs in our parasitized domestic swine. Eyeworms, types of spirurids that colonize the orbits of their victims, also use cockroaches as intermediate hosts. Large numbers of eyeworms in the orbits of dinosaurs might have blurred their vision (fig. 30), just as they do to birds today.173

Filarid nematodes, which occur in the blood and tissues of birds, mammals, and reptiles, certainly parasitized at least some

Figure 28. One of several juvenile nematodes found adjacent to the snail in color plate 16A. Several types of nematodes are associated with present-day snails, including those that parasitize the lungs of vertebrates.

Figure 29. A juvenile spirurid nematode emerging from its protective cyst in the body cavity of a present-day scarab beetle. Dinosaurs could have acquired these worms by eating infected cockroaches or dung beetles.

Figure 30. Eyeworms transmitted by infected cockroaches could have blurred the vision of dinosaurs.

Figure 31. Two microfilaria of a filarid nematode, together with vertebrate blood cells, circulate in the host's bloodstream until picked up by a bloodsucking arthropod.

of the dinosaurs. Bloodsucking arthropods transport a wide variety of these roundworms, and the miniscule size of the juvenile nematodes (microfilaria) (fig. 31) is a marvelous adaptation that makes it possible for them to pass through the mouthparts of the vector when blood is consumed.

Because of their large size, stomach worms (ascarids) are readily noticed when they appear in stool samples (fig. 32). They can easily reach a foot in length, and when abundant, may cause intestinal blockage and death. Highly resistant eggs that can withstand heat and drought are the key to their success. The eggs can even become airborne, so just taking a deep breath can begin the infection process. Stomach worms currently parasitize birds and reptiles, including lizards, chameleons, and monitors,247 and there is evidence that chameleons can acquire the parasites just by eating contaminated mosquitoes.248 A few lizards acquire the worms by ingesting ants,249 and if lizards are scarce, the nema-todes are able to complete their development in the ants. Intermediate hosts for bird ascarids include crickets, beetles and ear-wigs,173 all groups that occurred throughout the Cretaceous. We know that dinosaurs were parasitized by stomach worms,135 but what would their symptoms have been (color plates 16C, 16D)?

Figure 32. Ascarid nematodes that lived in the stomachs of dinosaurs may have caused considerable discomfort to their hosts135 (color plate 16C, 16D). Various orthopterans, beetles, and earwigs could have served as intermediate hosts.

These parasites can cause nutritional disorders as well as alimentary tract and organ blockage in reptiles.203 Today, nearly 1.5 billion humans are infected with ascarid worms, some 340 million suffer serious side effects, and about 100,000 die every year.3 Other nematode groups that were probably associated with dinosaurs were pinworms in the large intestine, guinea worms in the tissues, and capillarids and camallanids in the alimentary tract.

Did dinosaurs have tapeworms? It is quite likely since at least 70 of these parasites infect lizards and snakes and many more are found in mammals and birds.250 Most tapeworms of reptiles belong to a primitive Order (Proteocephalidea), which includes species that live in the small intestine of monitor lizards.203 Related genera also parasitize a wide variety of lizards, sometimes even invading their body cavities.

Many reptilian tapeworms require several hosts to complete their development. The first is often a copepod, a type of crustacean wherein development can proceed only so far. These are eaten by a second host, normally a frog, fish, or reptile, and maturation continues through the next stage. Tapeworms reach adulthood when that animal is eaten by a third definitive (final) host. This process can take years and the tapeworms often become agitated while waiting for this last host, causing skin lesions and hemorrhages in their second victim.203 Both intermediate and final hosts could have been dinosaurs. Some lizard tapeworms use darkling beetles as the first host.251 Hungry anoles end up with more than just a meal if they are unlucky enough to select a parasitized beetle. Tapeworms rarely kill their hosts, but are known to block organs and ducts, produce festering wounds from their suckers or hooks, and damage internal organs, resulting in a general debilitation.

Could dinosaurs have suffered from flatworms (trematodes)? The discovery of a trematode egg in a dinosaur coprolite from an iguanodon quarry in Belgium shows that indeed they did.135 With over 40,000 extant species of trematodes, many flatworms probably parasitized dinosaurs (fig. 33). These parasites are able to develop in and cause injury to almost every major vertebrate organ, including the alimentary and genital systems, gall bladder, urinary bladder, and blood.250 Each egg develops into a miracidium, which in most species enters a snail and continues through several developmental stages before ending up as an adult in a vertebrate.203 250 Thus, any dinosaur that intentionally or accidentally ingested an infected snail then acquired trematodes. Most infections are asymptomatic in reptiles and only cause problems when the hosts are under severe stress.

Another primitive parasite group that the dinosaurs could have harbored were spiny-headed worms of the phylum Acan-thocephala. These parasites infect a variety of birds, mammals, and reptiles, especially turtles and snakes.203 The adult worms can do considerable damage burrowing into the gut wall with their hook-adorned heads. They gain entrance to the vertebrate

Figure 33. A trematode adult filled with eggs is little more than a reproductive sac. Those parasitizing dinosaurs135 could have been acquired from eating infected snails.

If having parasitic roundworms wasn't enough, dinosaurs were impacted indirectly by other types of parasites. Chapter 7 discussed how nematodes vectored by longhorn beetles kill pines today and could have destroyed dinosaur food plants in the past. Many other types of plant parasitic nematodes develop in roots, stems, and leaves of a wide range of plants, and many of these certainly infested dinosaur food plants in the Cretaceous, impacting quality and distribution.

How to Take Care of a Chameleon